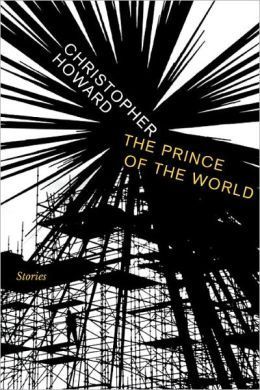 Prince of the World: Stories

"Christopher R. Howard's Darkstar [first story in the collection] boasts as much 'terrible beauty' as a William Butler Yeats poem, but this is no classic Irish love story."

A NOTE FROM THE AUTHOR: Thanks to Publishers Weekly, Ms Kodicek, Kirkus, and the Seattle Met.

This collection took about 9 years to write. My favorite story is "Prince". That one in particular took about 8 years to write. Fine edits by agent CPL and editor extraordinaire Gabe Espinal. Gabe and I once had a delightful, fiery debate on the extent of latter-Hensley's stutter, which I still look back on fondly. But back to the story itself. Debts of course to McCarthy and, to a lesser extent, Robert Chambers. The climactic Native American siege at the end is now known as the Starved Rock Massacre. The bluff where the Illini fell is still there, outside Oglesby, Illinois, looking kinda like it is described in the story. In a contest of historically interesting activity per square meter, Starved Rock can probably hold its own with anywhere on the planet. Between personal purchases and Christmas presents, I've probably read every book from the Starved Rock gift shop, plus a few on regional history from Amazon, plus at least one from the Peoria Historical Society, French Peoria and The Illinois Country 1673 - 1846, by Judith Franke. That last one is not to be missed for those interested in central Illinois history. Hopefully all this research helped achieve the desired effect of teleporting the reader to 1818. Labelle is my favorite character I've ever created, and sometimes while walking or driving along the river, I see him shambling in his fetid rags, searching for food, and for how to make his way in the world.

Tea of Ulaanbaatar
"An accomplished novel with a keen sense of atmosphere and description."
–Library Journal

Prince of the World: Stories
"The collection etches a disturbing, unsettling vision, told with a brave, unflinching perspective..."
–Publishers Weekly